Totals may not agree due to rounding-off

Harvest 2019 started in mid-July with winter barley but broken weather making the entire campaign a stop start affair. Some of the late ripening crops such as spring beans were not fully harvested until late October. The main harvest got underway in early August but the broken weather again delayed operations. The quality of the early harvested crops e.g. malting barley was excellent at the start however this deteriorated as the harvest progressed. Most crops were harvested at moisture levels below 20%. Field work such as baling straw proved to be very slow as many crops had to be turned before they were baled. Some farmers opted to chop straw particularly on headlands.

Cereal grain moistures were around average for all crops. Quality was average as a whole but the earlier harvested crops had higher quality in general. Demand for straw was much lower in 2019 than 2018 and as a result many farmers opted to chop parts of fields. This also helped the baling process on many farms as where headlands were chopped crops were easier to manage.

*straw on the ledge, not baled, at harvest

The area of winter wheat increased, by almost 4,000ha, in 2019 to 58,387ha. This was as a direct result excellent planting conditions in autumn 2018.  Crop establishment was excellent even in later sown crops and subsequently crops emerged well from the winter.

Disease levels were high this year with yellow rust and mildew being problematic in early spring. Septoria was present in all crops but was reasonably well controlled in most cases however take-all was evident in some crops. 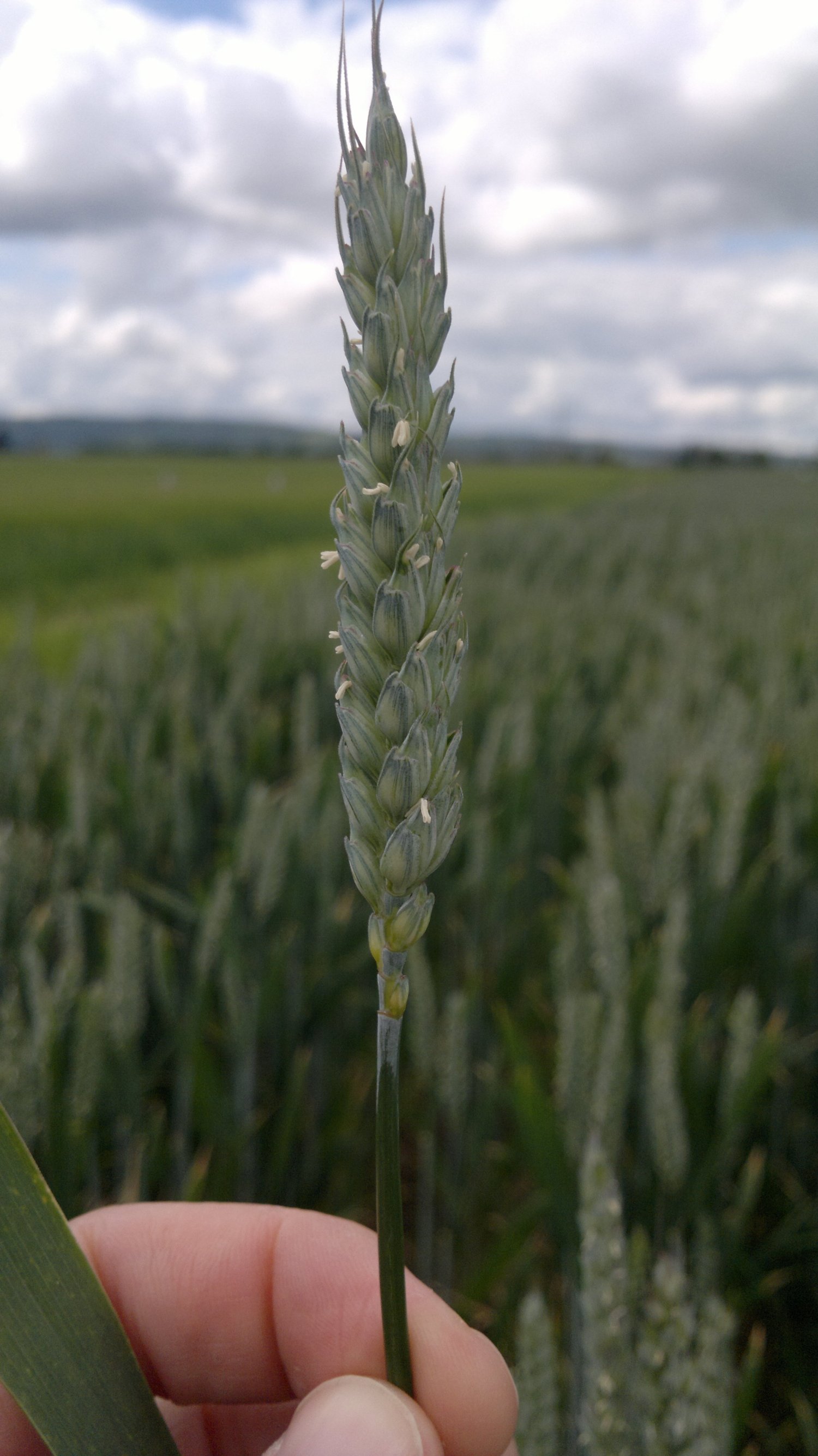 Yields of winter wheat averaged 10.1 t/ha, but again there was a large variation in yields ranging from, 7.0 -12.5 t/ha, this is on par with the 5 year rolling average of 10.04 t/ha. First wheat after break crops yielded very well while continuous wheat were poorer in most cases. Grain quality was good at 72.7 kg/hl with average harvest moistures of 19.4%.

Ramularia symptoms were very evident in all varieties from early in the year and while chlorothalonil controlled it in crops there was still evidence of the disease at harvest time. BYDV symptoms were more common in crops than in 2018 especially in early sown crops and those near the coast.

Mild weather in December and January was also a factor. Yields increased from 8.8t/ha in 2018 to 9.28 t/ha in 2019, this is marginally above the 5 year average of 9.2 t/ha. However there were large variations in yields from farm to farm depending on the levels of BYDV and ramularia in crops. Coastal regions seemed to be most affected.

Grain quality was good at 64.7 kg/hl with average harvest grain moistures at 18.1%, however again there was a large variation from 15% to 21%.

The winter oat area increased significantly to 16,355ha, up 60% from 2018.  Like other autumn crops, oats established well and emerged well from the winter.  Foliar disease levels were moderate however mildew was present in most crops in early spring but tended to dry up later in the season.

There was a very large decrease in the area of spring barley planted in 2019 to 94,636 ha, compared to 127,400 in 2018 a 26% decrease.  This was mainly due to the poor performance of spring barley in the drought conditions in 2018 and the excellent conditions that allowed planting of winter crops during the autumn.

Much of the drop in area was taken up by winter barley.  Crops were planted early and into good conditions in most cases. Although conditions in May were harsh this did not seem to affect tiller production and most crops had good ear counts by harvest.  BYDV levels were generally lower than it appeared in crop and consequently  did not a significant on the final yields, disease levels were reasonably low.

Nationally, spring barley recorded average yields of 8.0 t/ha (2.5 – 9.0 t/ha) and this represents the highest ever recorded yield of spring barley, and significantly above the 5 year average yield of 7.2 t/ha. Grain moisture averaged at 18.5% with average hectolitre weights of 64.9 kg/hl.

The spring oat area decreased again to 6,900 ha in 2019 this represents a decrease of 0.7% on 2018.  This again was a result of the increases winter sowings.  Foliar diseases such as mildew were present during the season but in general were well controlled.

Spring crops were planted in good conditions generally and grew well during the spring. Chocolate spot and downy mildew were evident on most crops. During the summer large colonies of black bean aphids were observed in many crops but how much damage they did is unclear. Yields were average at 5.5 t/ha (range 2.5-7.5t/ha) at an average moisture of 21%.

The total area of potatoes including seed and earlies increased slightly in 2019 by almost 400 hectares to 8,259 hectares this equates to a 5% increase in area compared to 2018.  Crops were planted in reasonable conditions in April although some growers managed to plant some main crop in March. The harsh weather in May delayed growth and many of the later planted crops struggled to reach full canopy by mid-July. Tuber numbers were reported to be low in late planted crops but the early planted crops had good numbers. In many crops daughter tubers seemed to set high in the beds which has given rise to greens in many fields thus increasing waste.  Blight pressure was low for the most part in 2019.

Yields are reported to be significantly higher than 2018 but the delayed harvest will increase losses and waste with the result that supplies might be tighter than otherwise expected in 2020. The Bord Bia yield dig results are expected by the end of November.

The above average rainfall in September and October has had a dramatic effect on autumn drilling, while some farms managed to complete drilling many have little or no autumn planting done.

The assistance of the CSO with the statistics is gratefully acknowledged.

As always, Teagasc advise growers to complete a financial review of their cropping program before committing to land rental decisions in 2019/20.  A free excel calculator is available to help growers estimate crop budgets at https://www.teagasc.ie/crops/crops/reports--publications/crops-margins--ecrops/