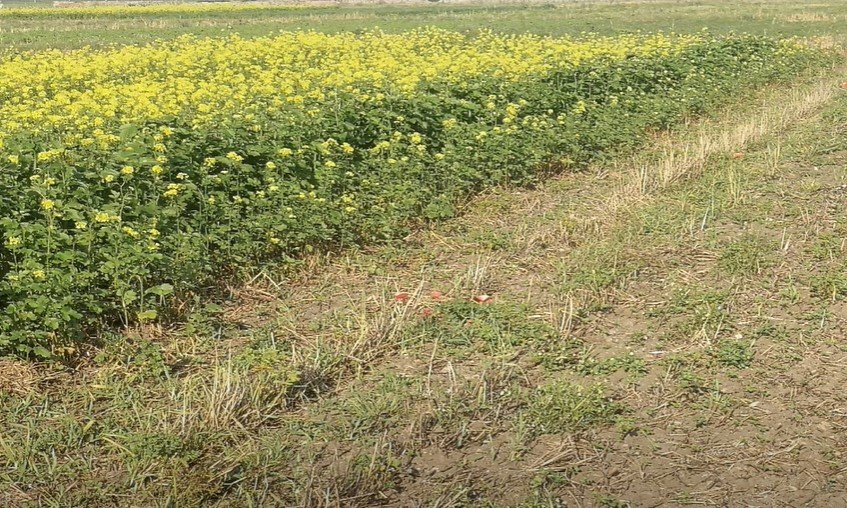 There ae many  different reasons why cover crops may be suitable for a farmer and this will depend on what the farmer is trying to achieve.

This could be improving crop productivity,  improving soil health, building biomass, capturing carbon, soil protection over the winter, reducing run off, preventing nutrient loss or as part of Greening and GLAS schemes.

One of the main function of a cover crop is to mop up any remaining nutrients especially nitrogen after the previous cereal crop. Ideally cover crops should be sown in August for maximum dry matter accumulation and for soil nitrogen retention.

The cover crop will also have beneficial effects in terms of soil structure improvements and protects the soil from potential phosphorus loss through surface run off over the winter period. Farmers who opted to use cover crops to satisfy EFA requirements are obliged to sow cover crops this autumn before the latest sowing date of September 15.

Some excellent background information on cover crops is available from the proceedings of the National Tillage Conference 2020 (Page 43).    Research in Oak Park has shown that, in general, the effects of cover crops, compared to bare fallow or natural regeneration, on yield of succeeding cereal crops under Irish conditions are variable, often small and sometimes negative. Significant yield benefits in succeeding crops through the use of cover crops occurred infrequently. This concurs with findings in other European countries.

When planting cover crops the main points are: