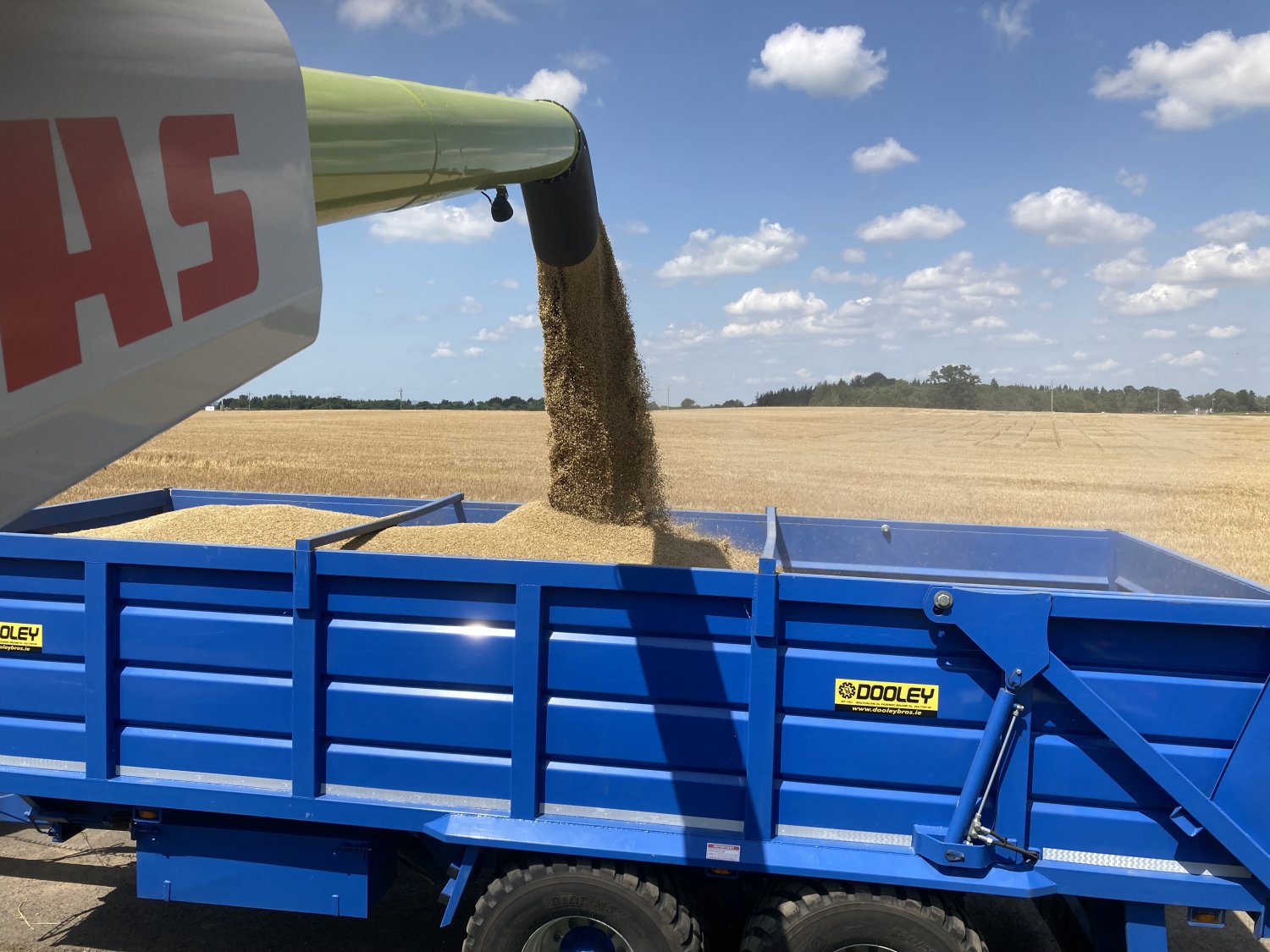 The majority of the spring crops were planted in March and early April into good seed beds. Rainfall for these months was below average and soil conditions at sowing were good. However temperatures in April and May were lower than normal so this led to so this led to slower than normal crop development. Disease levels were low in spring cereals. Septoria was the main challenge in winter wheat especially in the southern half of the country. The northern half of the country was drier where yellow rust was a significant problem on many farms who had drilled susceptible wheat varieties. Mildew and rust levels in oats were generally low this year.

Harvest 2021 for the most part was carried out in ideal conditions, many farmers harvested winter barley below 15% moisture while most of the remaining cereals were harvested below 20%. Yields across the board were above the five year average with many crops close to the record yields achieved previously and in the case of the winter oat crop it averaged its highest ever recorded yield.  Straw was cleared from fields quickly which allowed establishment of catch crops and winter oilseed rape, with reported increases in the area planted of both.

Above average yields and good harvest weather combined with strong grain and straw markets resulted in high financial output from cereals in 2021.

1Preliminary DAFM figures
* Data taken from www.cso.ie
** Teagasc yield estimates. Totals may not agree due to rounding-off.
$ Yields X Utilisable Area (Area x 0.95).  The yield figures are given on a “green” (as harvested) basis.

The area of winter barley increased by 31% to 67,386 hectares due to the favourable drilling conditions in the autumn of 2020. Rhynchosporium was evident early in the season but overall disease levels were low. BYDV was not an issue in 2021.

Average yields were 9.4 t/ha up from 8.28t/ha in 2020 and similar to the yields achieved in 2019. Cold weather in April and late frosts limited spraying opportunities and also had an affect on some crops where some below average yields were recorded. Most crops were harvested at very low moistures, with some harvested as low as 12-13%. Grain quality was good at 66.0 kg/hl with average harvest grain moistures at 15.4% MC.

There was an increase of 20% in winter wheat plantings in autumn 2020 to 55,964 hectares compared to 35,400 in autumn 2019. Crops established well and there was very little flooding damage compared to the previous year. As a result crops were generally in good condition coming into the spring with good yield potential. Cooler temperatures during the spring meant that crops were relatively slow developing during April and May. Septoria in the south and yellow rust in the midlands and north east were problematic for many growers in the spring, some growers struggled to control both even where robust programmes were used.

Crops were harvested in good conditions, without the losses the some growers experience from the storms during harvest 2020. Most crops had good yield potential and the recorded average yield of 10.8 t/ha, the highest recorded yield since 2015. There was a relatively large variation in yield this year with disease issues resulting in some of the lower yields.

Similar to winter wheat and barley the area of winter oats drilled increased from 8,260 hectares in 2020 to 13,900 in 2021 which is an increase of 67%. Disease levels were low this year but cold weather did have an affect with stress and scorching evident on some crops after spray applications, however this did not seem to adversely affect yields. The average yield of 9.32 t/ha is the highest ever recorded. The 5 year average for winter oats is 8.64t/ha.

Average grain moisture was 17.2% and average specific weigh was 54.6 kg/hl.

Winter oilseed rape area increased by 16% to 10,102ha from 8,749 in 2020 which is above the 5 year average of 8,840ha. The crop emerged from the winter in good condition with only limited pigeon grazing. Cold weather in March and April resulted in a prolonged flowering period and but doesn't seem to have have had an impact on yield.

Yield in WOSR is remarkedly consistent over the last 5 years. This years average yield is 4.5t/ha which is 0.1t/ha above the 5 year average yield of 4.4t/ha.

The majority of the crop was planted in late March / early April in good conditions. Disease levels were low. Drought and cold weather in the spring slowed growth development during April and early May.

Average yields in 2020 was 7.89 t/ha which is slightly below the record yields achieved in 2017 and well above the 5 year average of 7.2 t/ha. There were some outstanding yields of between 10 to 11 t/ha recorded in individual fields.  Crops were harvested in very good conditions and losses at harvest were minimal. Grain moisture averaged 17.6% with average hectolitre weights of 64.4 kg/hl.

There were no major disease issues during the season and crops progressed well during the year. The fine weather towards the end of August and early September ensured that the crop was harvest quickly and in good conditions.

The area of spring oats dropped to 14,302ha from 17,094ha in 2020 mainly due to the  increased area of winter oats. Establishment was excellent and foliar disease levels were very low.

There was a large variability in yield with the average at 5.6t/ha. This is 0.6t/ha above the 5 year average of 5.0t/ha. The highest average yield in the last 5 years was  6.7 t/ha in 2017 and a lowest average yield of 2.5 t/ha in the drought ridden season of 2018. There was a large variability in yield across the country with individual fields yielding 7.5t/ha in the south and yields down to 1.75t/ha in other parts of the country.

Crops were sown in two splits in early March and late March. Establishment was good and pest damage from bean weevil was lower than average. Chocolate spot was evident but generally did not impact on yield.

The new Straw Incorporation Measure (SIM) was introduced this year to support Irish tillage farmers who decided to chop and incorporate straw into the soil after harvest. Approximately €9 million total fund of €10 million was applied for. Payment rates of €250/ha for oats, rye, wheat or barley, are available and €150/ha for oil seed rape.

Straw quantities were good in all cereals and dry harvest weather allowed farmers to bale or incorporate straw without much difficulty. Demand and supply were well matched and the straw incorporation does not appear to have created any deficit in the market in 2021.

The straw market was strong again this year with 4 X 4 round bales making €15 - 20/bales ex field.

The estimated winter cereal area is broadly similar to the previous season due to favourable weather conditions for sowing in late September and October. The area of winter oilseed rape is estimated to have increased significantly to 13,000. This increase is mainly due to a buoyant market for oilseed rape and that straw was cleared from fields to allow oilseed rape to be planted in late August and early September.

The area of winter rye is expected to have increased from 1,298ha in 2021 to an estimated 3,000ha for harvest 2022. There is increasing interest in winter beans where 598ha were planted in for the 2021 harvest and this could increase to 1,000ha but sowing opportunities will dictate if this happens.